These injectable peptides stimulate the natural secretion of growth hormone (GH) in your body through different pathways. Increasing GH levels can result in a number of beneficial effects:

Sermorellin is an analog of growth hormone-releasing hormone (GHRH) and binds to the GHRH receptor, causing both increased release of GH and extending the time of peak GH levels in your blood, while preserving the normal ebb and flow of GH levels throughout the day. Sermorellin does not cause massive increases in GH, which is important for minimizing side effects such as swelling, joint pain, and bone growth. Both sermorellin and ipamorelin stimulate the development of lean body mass over fat, but sermorellin is the more potent of the two. Sermorellin not only stimulates lean muscle hypertrophy and hyperplasia, it also reduces fat mass and is effective even if your diet is not geared towards muscle development. Sermorellin has potent anti-aging effects and has been shown to improve joint function, skin thickness, skin collagen structure, wound healing, and metabolism. Sermorellin is also an effective regulator of the sleep cycle, achieving it’s sleep benefits by regulating orexin release that leads to an increase in non-REM slow-wave sleep, which is associated with more restful sleep, improved immune function, and happier mood. Its effect on sleep may be one of the reasons that Sermorellin is a potent anti-aging peptide.

Ipamorelin is a ghrelin analog and binds primarily to the growth hormone secretagogue receptor (GHS-R), amplifying pulsatiltiy of GH and playing a role in creating a set point for insulin-like growth factor 1 levels. Subcutaneous injections of Ipamorelin cause an intense spike in GH levels just 5-15 minutes after injection followed by a relatively rapid decline - boosting maximum levels of GH output for a very short period of time. Approximately 40 minutes after injection is the best time to make use of nutrients for building muscle and bone. This means that Ipamorellin is more effective at increasing general weight, including both lean muscle and fat. Ipamorellin also has an advantage over Sermorellin in boosting bone density and mineralization, and has been investigated as a potential treatment for corticosteroid-induced bone loss and osteoporosis. A major difference between the two peptides is that Ipamorellin also induces the release of neuropeptide Y, which is an important regulator of appetite and food preference, and also plays an important role in how we perceive pain. The connection between food and good feelings is likely due in part to the effects of neuropeptide Y. Ipamorellin may help ease pain associated with irritable bowel syndrome, Crohn’s disease, ulcerative colitis, and other gut-related diseases. It may also help with neuropathic pain related to diabetic neuropathy and degenerative disk disease of the spine.

CJC 1295 is a peptide that stimulates GH release similarly to Sermorellin and Ipamorelin, but has a much longer duration of action than the other two peptides. This peptide has been shown to safely increase GH levels without the side effects associated with elevated GH. The advantage of combining CJC 1295 with Ipamorelin is that patients benefit from both the rapid increase in GH caused by Ipamorelin and the sustained increased caused by CKC 1295, which has been reported to increase the benefits by up to 5 fold compared to CJC 1295 alone. Another advantage is because these peptides stimulate natural secretion of GH, patients do not experience the side effects typically associated with hGH administration.

BPC-157 is a peptide produced in the gastrointestinal system that works through several growth factors such as Epidermal Growth Factor (EGF), Transforming Growth Factor (TGF), and Bone Morphogenic Growth Factor (BMPs) that are involved in regeneration following injury. BPC-157 has a number of beneficial effects throughout the body including:

* Pricing based on standard treatment costs, for the most accurate pricing, personal consultation is required. 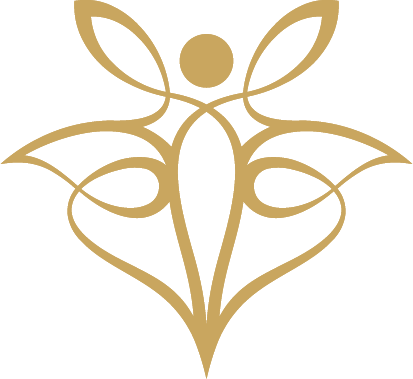 Ready To Schedule Your Beauty Treatment?